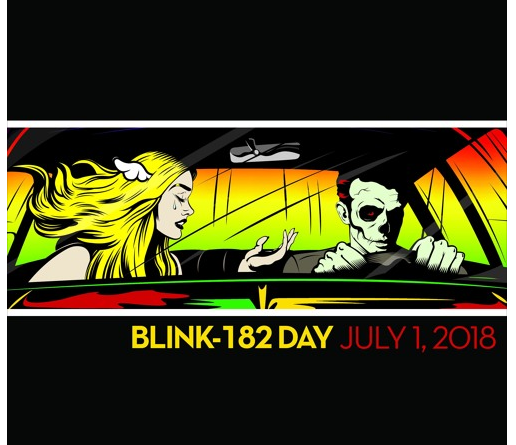 Fans celebrate the band on the 182nd day of the year

Fans of the Californian punk trio celebrate the band on the 182nd day of the year, which, in 2018, fell on July 1.

The 35-second long song was produced by Goldfinger’s John Feldmann. Listen to the track above.

Meanwhile, the band’s Mark Hoppus recently shared details of a plan he once came up with to capture Saddam Hussein. Asked by a fan to share the “least plausible story about [him]self that’s true”, he revealed he had once told a Navy Admiral of his idea.

Blink-182 were recently forced to cancel more shows due to Travis Barker’s ongoing health problems. The band said in a statement he had been ordered not to perform until the beginning of July when the situation would be re-evaluated.