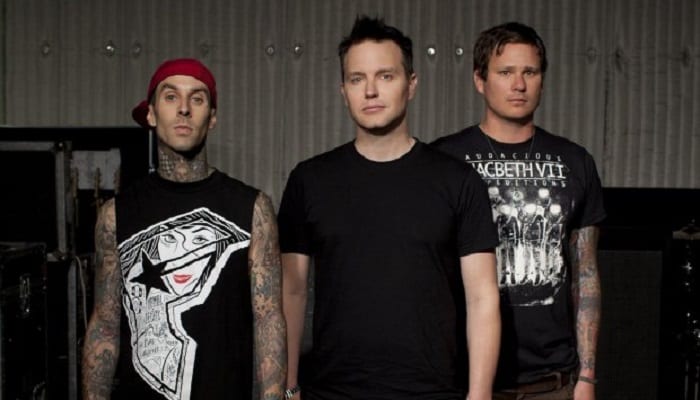 Is Tom DeLonge back in Blink 182? Why did he leave, what has he been up to, what’s been said about reunion

The band also confirmed that they will be releasing a new album next year, which will be the first featuring DeLonge since 2011

Blink-182 have announced they will be going on tour in 2023 with Tom DeLonge. Fans can expect to see the band’s original lineup featuring DeLonge, Travis Barker and Mark Hoppus on stage for the first time since 2015.

They have also revealed they will be dropping a new single “Edging” this Friday (14 October) and teased an upcoming album in the works.

So, why is Tom DeLonge back with Blink-182 and why did he leave in the first place? Here’s everything you need to know.

Tom DeLonge is back in the Blink-182 lineup for the first time since 2015. The band announced the world tour and reunion on social media with a tongue-in-cheek video which declared they are “coming” and featured a video of all three original band members – Tom DeLonge, Travis Barker and Mark Hoppus.

The band also confirmed that they will be releasing a new album next year, which will be the first featuring DeLonge since 2011’s Neighborhoods.

DeLonge left Blink-182 in 2015, with his move causing some animosity amongst his bandmates at the time. Reported by Rolling Stone, Hoppus and Barker were informed he was leaving by DeLonge’s manager, not from the artist himself.

At the time Hoppus said: “To be honest, I wasn’t that surprised because his attitude leading up to that had been not excited and not interested.” Whilst Barker called DeLonge “disrespectful and ungrateful”. Adding: “Why Blink even got back together in the first place is questionable.”

Delonge said he left the band to “change the world for my kids and everybody else’s” adding at the time “I think there will be a time, absolutely, that we play together.”

What has he been up to since leaving Blink-182?

Following on from his departure, he continued playing and touring with his band Angels and Airwaves and also got involved in UFO research, establishing To the Stars Academy of Arts & Sciences, which has an aerospace and science division dedicated to UFO’s.

In 2015 he executive produced the History Channel series Unidentified: Inside America’s UFO Investigation and in 2020, the Pentagon declassified UFO videos shared by DeLonge’s company.

What has Tom DeLonge said about Blink-182 reunion?

Whilst DeLonge hasn’t given an official statement on the reunion as of yet, he has taken to Twitter to give fans updates on what to expect. In one post he shares a picture of himself alongside Barker and Hoppus with the caption: “What if I told you we just made the best album of our career”.

DeLonge has been teasing the possibility of a reunion for some time. Back in November 2021, he took part in an interview with Loudwire, where he shared: “I feel like I’m always talking about some kind of reunion. I mean, we always talk about playing together again. And I think that that’s definitely something we’re all interested in.”