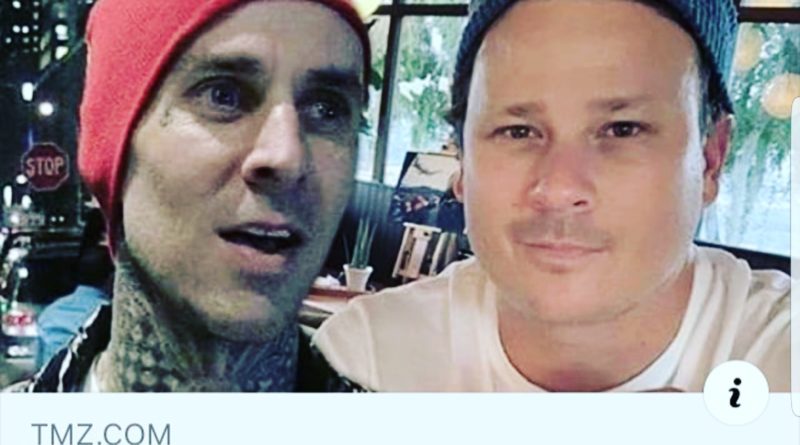 BLINK-182NO REUNION SET… BUT, SOME GOOD NEWS FOR TRAVIS BARKER 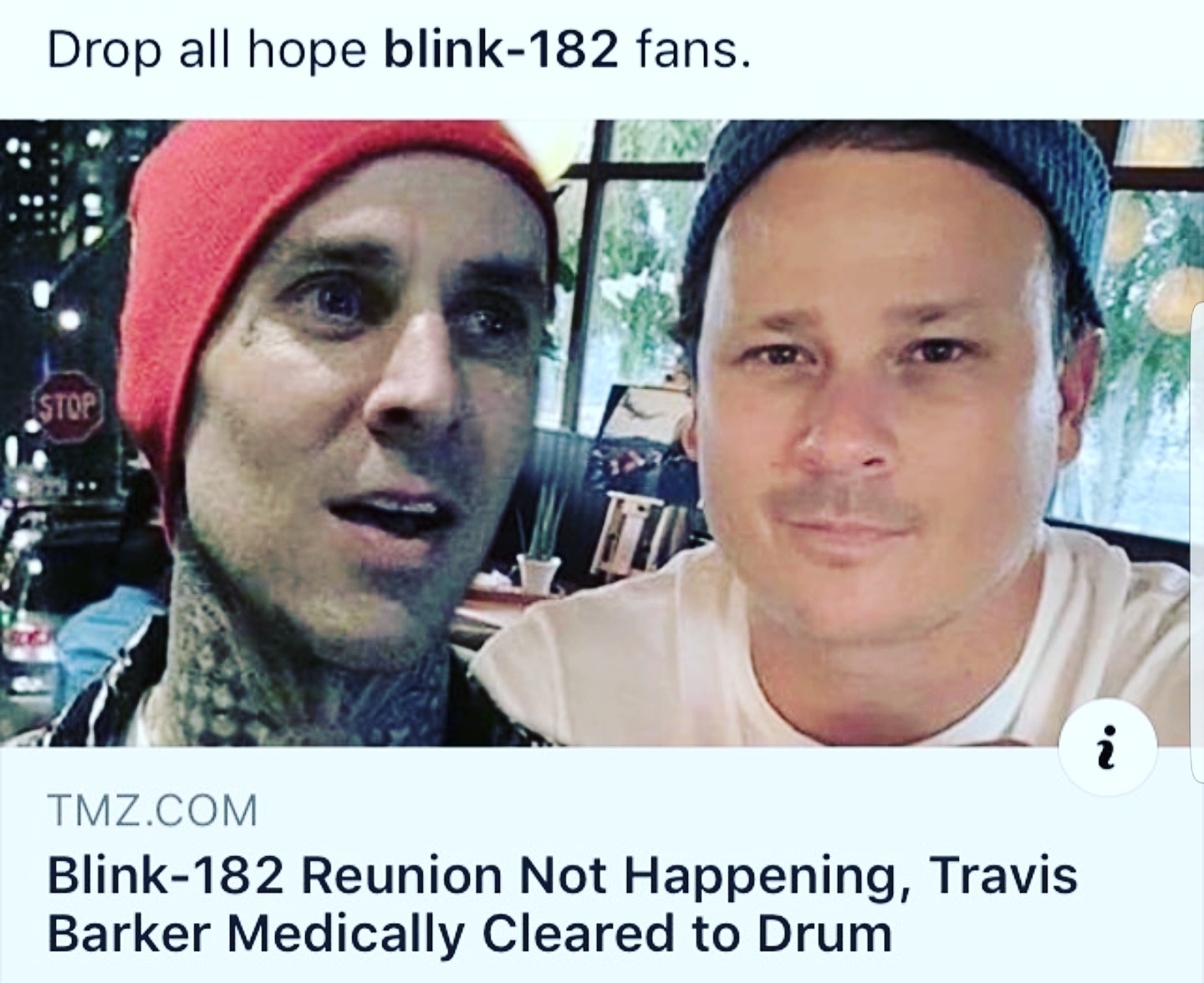 Turn the lights off … we’re told the rumored Blink-182 reunion is NOT happening, despite some heavy social media speculation.

Drummer Travis Barker and former Blink singer/guitarist Tom DeLonge got the rumor mill turning Thursday with this playful Twitter exchange … but sources close to the band tell us Travis and Tom were just trolling each other, and they don’t wanna mislead their fans, who were all just unsuspecting victims for a few hours. 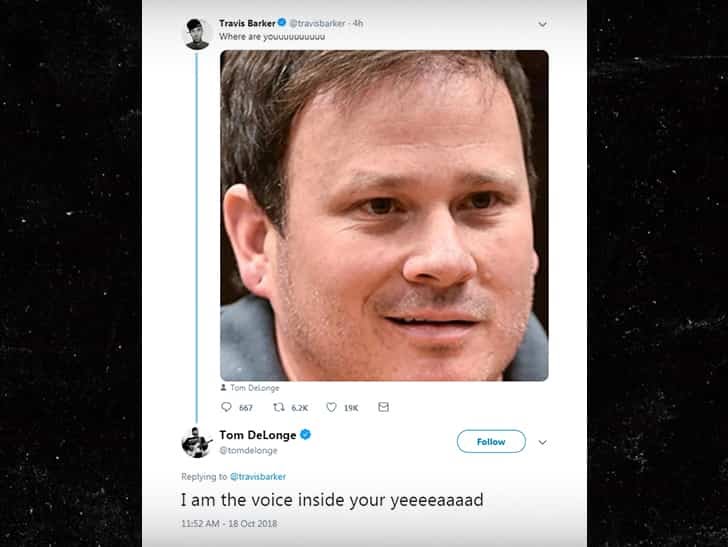 We’re told Travis and Tom privately communicate all the time, and this was just fans seeing their relationship on social media.

There is some good news … Travis has finally been medically cleared to drum after getting treatment for blood clots, and he’ll perform with Blink on Oct. 26 and 27 in Vegas!