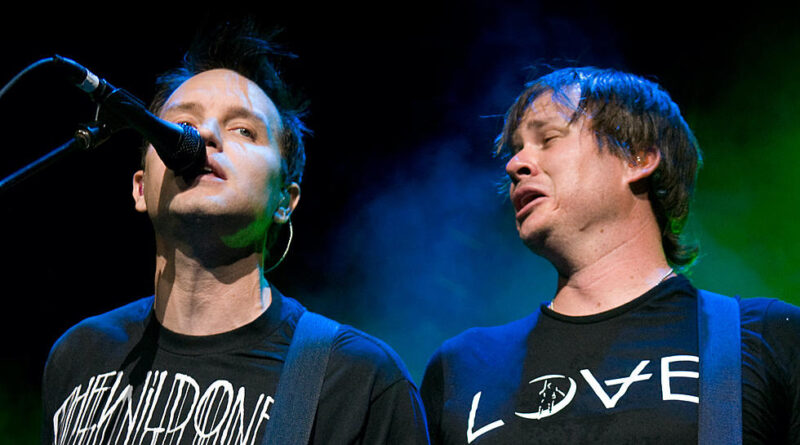 Tom DeLonge was asked to name his favorite blink-182 album by none other than Mark Hoppus, his fellow co-founder of the influential pop-punk band, during a recent conversation between the two on Hoppus’ Apple Music-powered After School Radio.

But DeLonge offered more than one answer, unable to pick a solitary favorite — still, the couple of choices he presented actually make perfect sense coming from the Angels & Airwaves frontman who started blink-182 with Hoppus in San Diego back in 1992.78.6KWho Invented Grunge?

After all, it can’t be easy playing favorites when you’re one of the artists who helped create the works being judged. Still, when you get down to it, the now-estranged blink guitarist-vocalist understandably seemed to favor the albums that marked high points for the act.

“I would probably say…that’s a really good question,” DeLonge responds when Hoppus asks his favorite blink record. “God, there’s so many great things about all of them. I really like, obviously, the [2003] untitled album in the sense of the exploration musically that we did.”

“But I also got to say, when we did [1999’s] Enema [of the State], it was like, I knew that we were doing something in the moment that hadn’t been done before,” the rocker continues. “But I also feel like, you go back to when you wrote [the 1997 single] ‘Dammit,’ like I remember I felt I went through a college course on songwriting. I never really thought of a song as such a simple structure, and it really informed [me].”

The latest After School Radio had Mark and Tom going deep not just on blink, but also their friendship and their ideas about “fearlessness,” a topic no doubt raised by Hoppus’ own fearlessness after being diagnosed with cancer this year. The bassist and vocalist is currently undergoing treatment that’s delivering positive results.

On the air, the blink co-founders also shared what they admire about each other. “Besides just your humor,” DeLonge tells Hoppus, “I think like when you decide to get into gardening, you go deep, or you get into fishing, or you get into World War II, and all these things I’ve watched you get into. … You just go deep on these things, but you retain the knowledge and you do it in such a way that when you describe it, it’s really interesting.”

DeLonge, on the other hand, says when he describes something, “I’m all passionate, and I’m all over the place. You, you describe it like a scientist that learned the ins and outs of it. And I really admire that.”

DeLonge’s Angels & Airwaves release a new album called Lifeforms on Sept. 24. The musician and avid ufologist is also working on his directorial debut.

Listen to the full Hoppus and DeLonge After School Radio episode, titled “The Mark and Tom Show,” here.

We were chosen from thousands of bands across Amer

Did you know Sheetz has the cleanest bathrooms on

We have new merch in the works for you to purchase

The bull on the dude ranch album is currently suin

Looking forward to going away to college again thi

Laying down some tracks

New Hoppus bass added to the lineup can't wait to

Working on some new stage moves...

"Been best friends and will be 'till we die!" #bl

Get ready for action!

The price is wrong, lol

We are self made check the technique Blank281 in L

Hello, I need to speak to my agent! Also, I wish I

California, knows how to party! #Hollywood